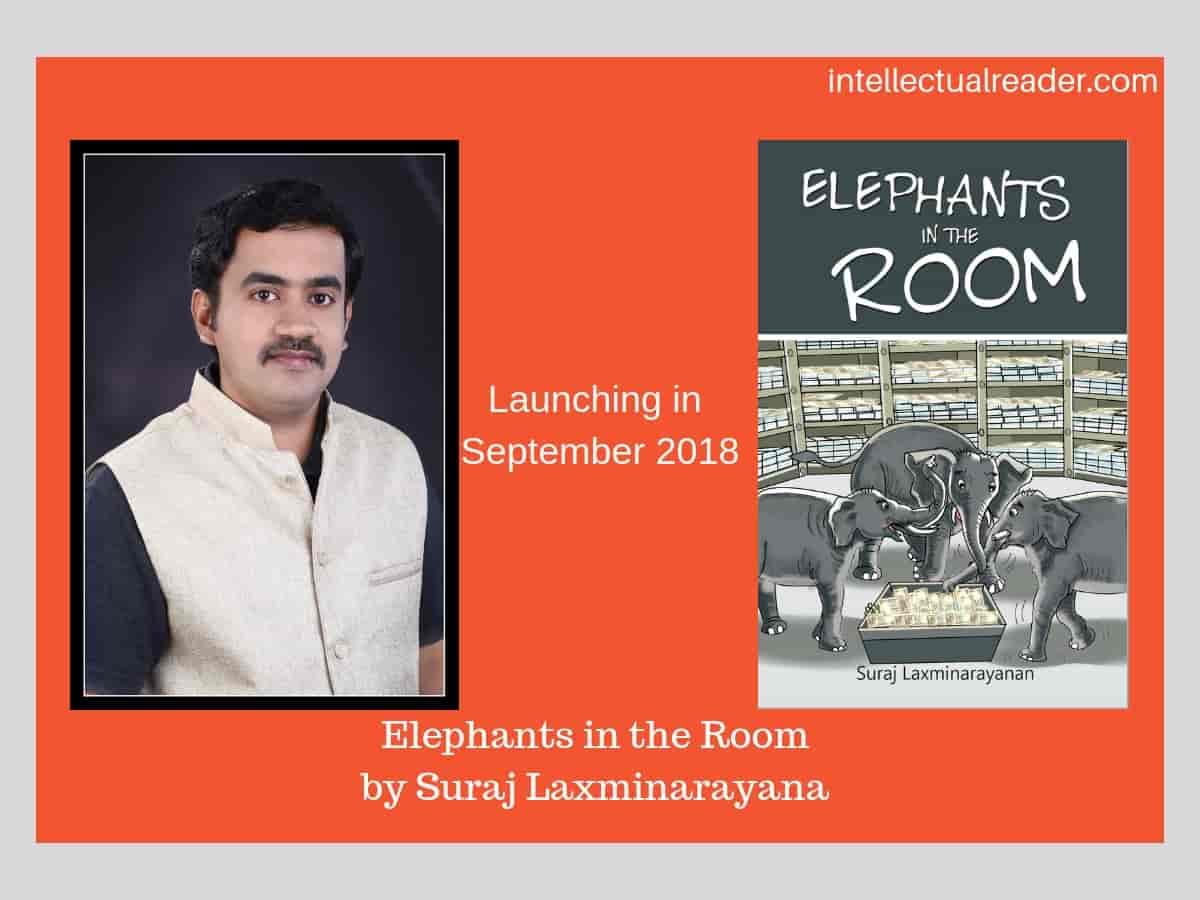 Upcoming books which make it out on the hit list are always talked, discussed and sought for a beta reading – why the hell is so much noise over it? This is the one question which always arises. So, today, we are going to discuss one such book which is scheduled to be released in September 2018. We are talking about Suraj Laxminarayanan’s debut novel entitled Elephants in the Room – a book going to be launched in mid-September, next month. Like many others in the past, the book is creating a buzz and there are critical opinions coming from different established book critics in India – online and offline. Reviewers, top book bloggers in India and other beta-readers are claiming that the book is a crime fiction, no doubt, but of a different magnitude. So, to check the claim and to judge the book by ourselves, we have appointed Rajesh to do the job for us. Read his opinions.

Well, I have read the book already but I am not going to offer my full review as of yet. Let’s give it sometimes because the book is not launched yet. However, is the book worth the noise? I will say YES! A voluminous novel, about 600 pages, published by Crossword’s division, The Write Place, this is the debut fiction title by an engineer turned author Suraj Laxminarayanan. More about the psychological perspective of the crime, the book features many sequences filled with action, violence and witty turns that keep the readers engaged. I will say this – this is unique… unique in the sense that the book elongates only 4 days full of events inside and outside the bank which is being robbed by three different gangs at one time instead of writing about the passing years… so, there is a thing about the timeline – almost 150 pages for each day and you can imagine the amount of attention paid to the details!

A very distinctive characterisation has been done in the novel. Elephants in the Room might be judged as a metaphor depicting so many people inside one place, on the same day, doing the same thing… and creating a ruckus! Moreover, the author has really worked a lot on the instinctive monologues which are outside the inverted commas (double or single). Take a look:

“What had Sandhya been thinking? Had she meant nothing in that moment where she had insisted that he should depend on her? Had she been purely egoistic that she had wanted everybody and not just him to depend on her? No, she was never like that.”

Well, just to give a hint, Elephants in the Room will certainly prove to be a different kind of crime thriller in the scenario of Indian fiction. Readers will have too much to read and yet have so much to know in spite of reading only about four odd days… that’s remarkable! I will read it once more before the book is actually launched so that I can put a good review for the readers just after it becomes available in the market. Till then, let’s focus on other ones…

You can also read a very good interview with the author here:

feature by Rajesh for Intellectual Reader