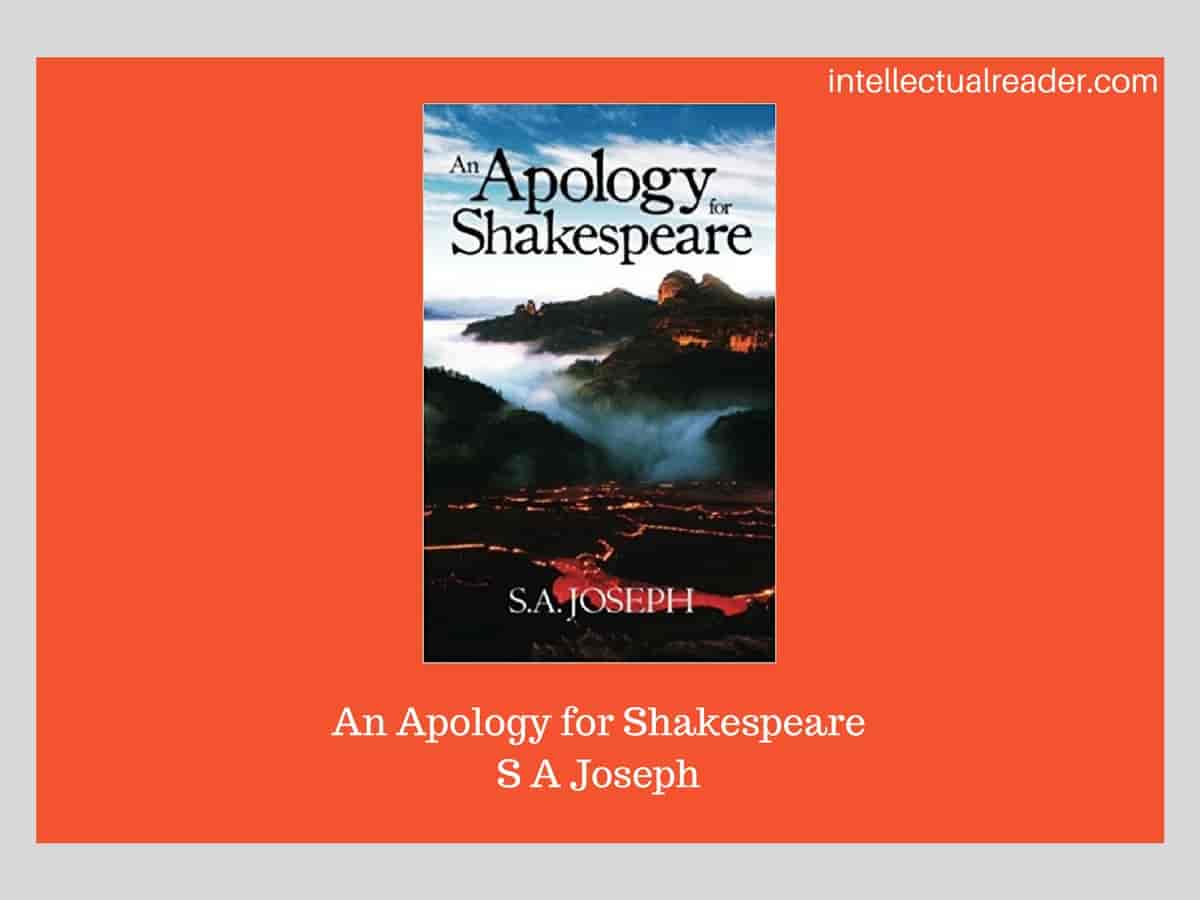 I have been reading poetry since the time I started liking it and it was about the time when I was studying in my intermediate years. I have been reading the poems by the greats and giants of English literature and the same with Hindi and Sanskrit. Though I do like innovative poetry and had my chances when I got to read a few of the poets of the modern times who have been innovating with poetry, recent experience with S A Joseph’s An Apology for Shakespeare was momentous and I have to say that his poetry, with all the limitations it has, is wonderful! It makes the readers think and the poet is surely successful in getting the minds involved in a pondering with himself.

An Apology for Shakespeare is a collection of poems. However, the poet S A Joseph, who hails from Kerala, has presented his book as a ‘defence of poetry’ in modern times and he also claims that unlike others who have written previous defences in prose, he has written it in verse. Nevertheless, irrespective of that claim, which remains a claim much claimed and less executed, the poems written by S A Joseph are surely remarkable. He has written poems on various issues and most of them are about the degeneration of the modern society which has become astray of the shown path by God himself. The poet has not left even the God and has questioned Him directly on various grounds. And such vitality and valour by a poet are something the readers will like!

In the terms of style and rhetoric and metaphors and similes and diction and the choice of meters, I can say that the poet has seldom taken care of them. S A Joseph focuses on the delivery of his message and ideas through his poetry, not the delivery of his poetry through the ideas! And this, you will find in almost every poem in the collection. The title of the book is surely intriguing as the poet has used beautiful metonymy and replaced poetry with Shakespeare… and hence, we have An Apology for Shakespeare as the title of the book!

I shall not say that every reader should read the book. However, those who are interested in reading poems and understand where the modern art of poetry writing is heading should read this book. An Apology for Shakespeare will provide them with a glimpse into the modern concept of poetry writing as well as an insight into the frustration of the poet S A Joseph for the society we live in – sans God; sans art; sans poetry! Get your copy of the book from the Amazon India link below:

review by an Intellectual Reader

An Apology for Shakespeare: Reviewed

The lovers of poetry and seekers of modern poetry might find this book by S A Joseph useful!