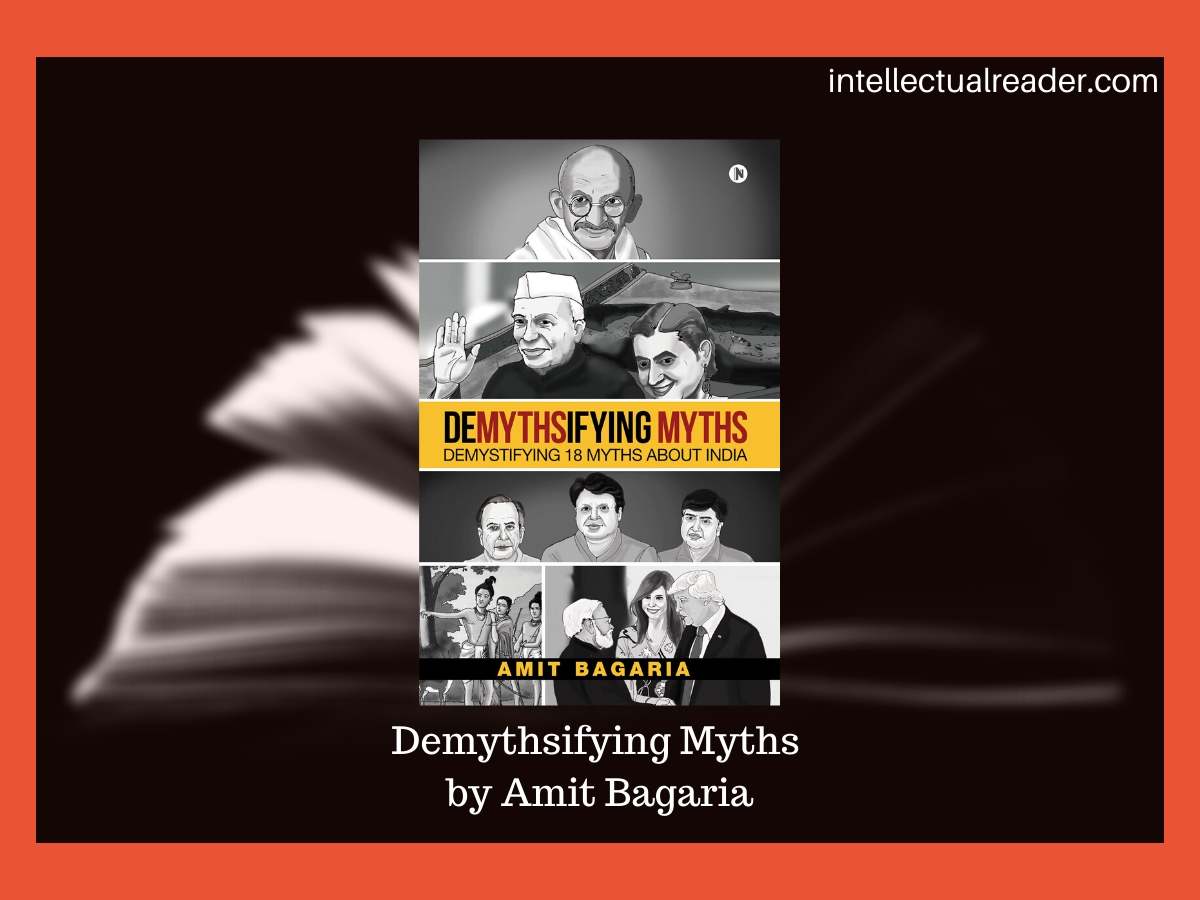 Demythsifying Myths: Demystifying 18 Myths about India is a non-fiction book in the history (alternate but true history, to be precise) genre written by Amit Bagaria, one of the quickly emerging non-fiction authors in India. This book initiates a battle with deep-rooted ‘fake news’ instilled in the very history of India, written mostly after our independence in 1947. Amit Bagaria takes on the battle against 18 of the biggest myths, lies and propagandas (according to him, picked by him) and introduces his readers to reality that has been kept from them all these years. Those who want to know cannot explore more because of the lack of credible sources, and also due to the suppressive nature of the governments all along (the present one is an exception).

The book begins with the very idea of India and it questions the concept of a 5,000-year-old India. However, the facts are certainly up for conjecture and one can argue it to the lengths. Then the author moves on to scrutinising the life of Mahatma Gandhi and bring some uncomforting facts to the readers about the very core of Gandhian dilemma – was he really a Mahatma, the author asks. Amit Bagaria’s unconventional scrutiny of Gandhian dilemma leads to the next chapter and he argues who called Gandhi the father of the nation and is he really the one? Then the author’s attention shifts to Nehru and some bitter facts about his life and deeds emerge.

Apart from Gandhi-Nehru legacy, the book also asks tough questions of the present day and tries to disfigure some legendary ‘lies’ that we Indians have been told all these years. The author unfolds some of the hard-hitting facts about Kashmir and our identity as a Hindi and a Hindu nation and these facts will certainly impress the readers. It did impress me and Amit’s writing is certainly commendable to this extent.

What impressed me in this book, Demythsifying Myths: Demystifying 18 Myths about India, was the chapter on whether we really need an upper house in Indian parliament and the second one about how the presidential democracy is better than prime-ministerial democracy. You can argue on these two but Amit Bagaria’s facts are also very convincing and he actually cracks a humorous joke at the end of his 18th chapter that if he was still not able to convince his facts to the readers, he should stop writing… However, jokes apart, this is really a very original, daring and fact-filled book that will impress the readers at length.

However, critically, books with such historical claims and alternative versions, howsoever true or false, should have a well-crafted list of cited facts and a list of references. Amit has not appended anything like this with this book and this might surprise many readers. He has been eloquent and enthusiastic in terms of language and his narrative, overall. Nevertheless, the lack of citations and justifiable references to support his claims does not do justice to the book of this calibre.

To conclude, I will say that the book is a must-read for many readers who want to know the ‘other side’ of Indian history. Amit Bagaria has done very well in articulating his angst and also his views. He must have worked hard to make this thing happen… you can get a copy of this book from Amazon India by clicking the link below:

Get a copy of this book – Amazon India – click here

review by Vinay for Intellectual Reader