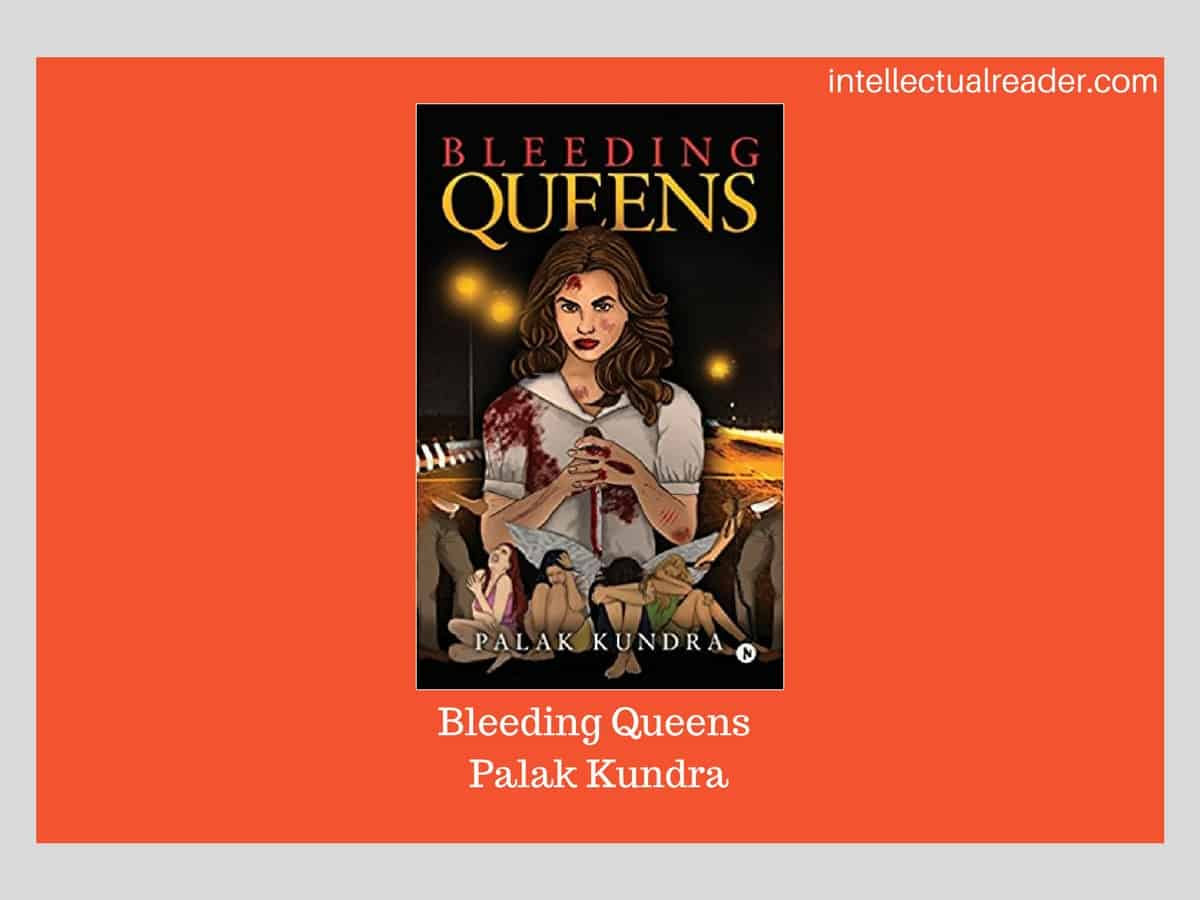 Bleeding Queens is a book by Palak Kundra which is written as a tribute to Nirbhaya and all other women who have faced the heinous crime called rape. However, the book does not only intellectualise the arguments and try to find any amicable solutions. Palak Kundra, the author and a fiery women activist as well, has different plans and entirely different opinions to offer in her debut novel. And what has she done? To reach the maximum, she has written her book in Hindi! Let’s find out whether Palak Kundra’s Bleeding Queens stands on the claim of being a bold narrative against women crimes!

Bleeding Queens opens with a crime scene being prepared or cleaned off. A girl is shown saving herself from a pervert criminal and also murdering her and getting away with the wound. Later we come to know that she is our bold protagonist named Diljit! A darling of her family, Diljit is ambitious and she wants to become an actress. However, the family which is depicted in the novel is entirely an anti-thesis to the typical patriarchal families! Diljit is supported by her brother, her mother and also her father with her decision to become an actress.

Things go good and a gang rape changes the entire scenario. Diljit is left soul-broken by the four goons who are later punished by her in the most excruciating manner. She is surely supported by her brother and her lover but the totality of the punishment job lies with the actress to be and she also desires to set an example for other goons. So, this part where Diljit punishes her culprits and criminals is amazingly drawn. Readers will enjoy the same.

The plot, nonetheless, is not very wide. It has the limitations which are evident apparently. Only characters that emerge in a novel 150 pages are Diljit, her brother, her parents, two police personnel and the criminals. Diljit’s lover is also there in patches to talk to her and console and embolden her with her vengeance.

The theme of Bleeding Queens can be said to be noble and pungent and a little explicit. The author Palak Kundra seems to be suggesting public execution as a solution to the crime of rape or any crime against women. Maybe irrational or illogical or nonsensical but her point is a point. How much more protests would do? How many more laws would do? How long more the silent agitations would do? What more? The frustration lingers throughout the narrative and Palak Kundra gives her mouthpiece, Diljit, the freedom to take the laws in her hands and execute her culprits in her own ways.

A subject of conjecture, the novel Bleeding Queens by Palak Kundra may be admired for the issues it highlights more than that of writing artistry. At the end of the book, a reader should surely feel content and emboldened and positive… get your copy from Amazon India now and give it a read:

review by an Intellectual Reader

Palak’s Bleeding Queens is a book which might be termed as an alternative fiction and will surely interest the readers who are in favour of reading a fiction which offers them alternative views and thrill!